Over 175 entries to compete in Masters races at Silverstone Classic

Over 150 cars will race in the Masters’ pre-66 GT and touring-car races at Silverstone Classic this weekend.

up to 60 cars in each race will compete in the International Trophy for Classic GT Cars, the Transatlantic Trophy for Pre-66 Touring Cars and the Mini Celebration Trophy.

Mark Burnett will bring his Ogle SX1000 and Wolfgang Friedrichs adding his Aston Martin DP214 to the show. Other great drivers will include BTCC stars such as Jake Hill and Tom Ingram, taking on the cream of British historic motor racing. 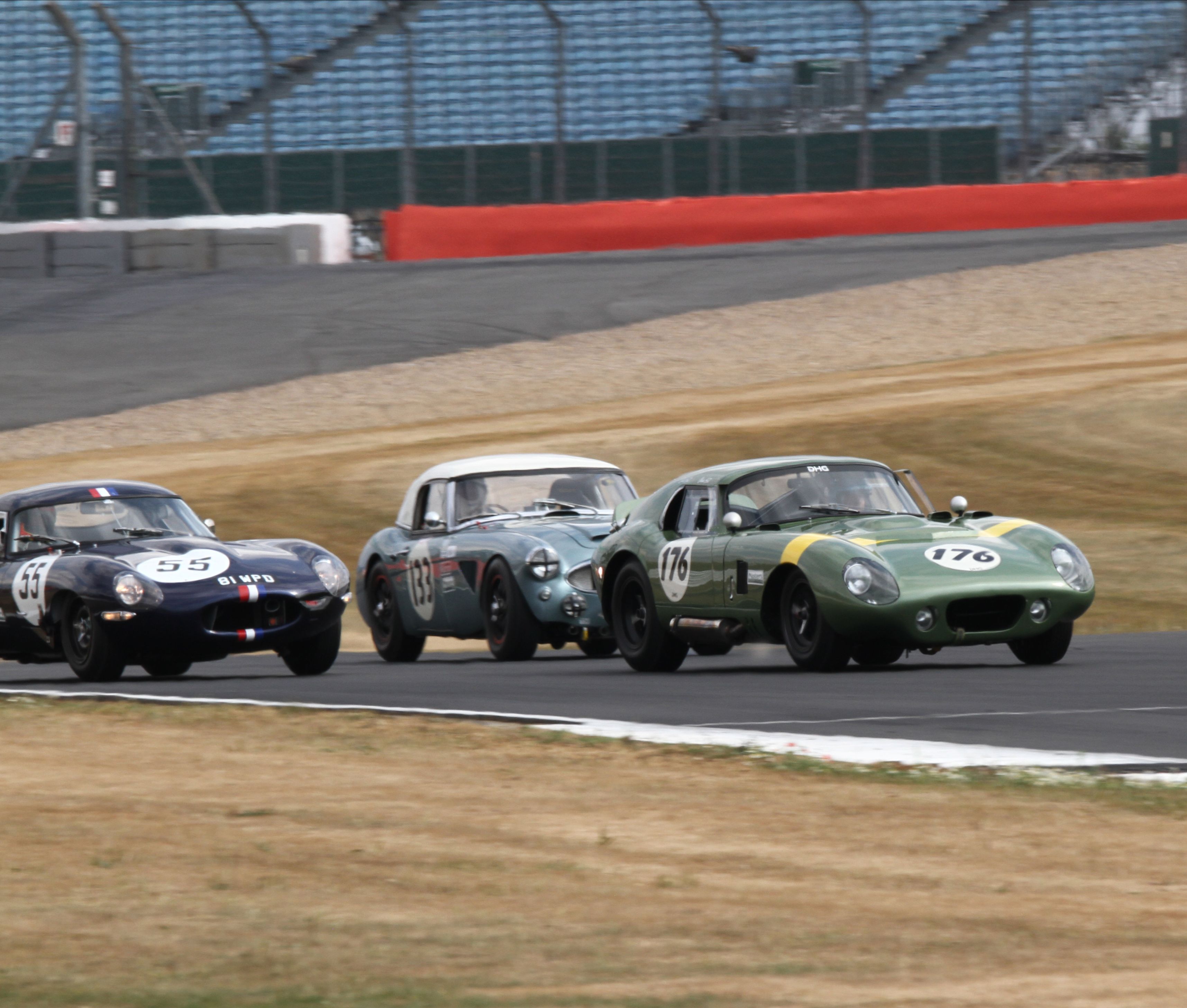 The Transatlantic Trophy for there Masters Pre-66 Touring Car grid will be as transatlantic as it can be, V8-engined behemoths from the Ford factories in Dearborn taking on their nimbler rivals from the UK and the European continent. Ten Mustangs, arguably led by the winning examples of Craig Davies and Rob Fenn/Jake Hill, will take on three Falcons in the THA class.

Meanwhile, Tom Sharp in the single THB-class BMW 1800 TiSA will take on a fleet of more than 15 Lotus Cortinas in the THC class, some of which are well capable of mixing it with a few of the ‘Stangs – as is the Alfa Romeo Giulia GTA of David & Olivier Hart. Around 20 Minis of the Austin and Morris Cooper S variety complete the field.

Even more Minis – 57 of them – will be out in the Masters special Mini races celebrating the 60 years since the car’s birth. There will be two 20-minute single-driver races. Under the bonnet will be 1000cc, 1275cc and 1300cc BMC  engines, while the 50-odd Austin and Morris variants from 1962 to 1967 will be joined by Mark Burnett’s lone – and very quick – Mini Countryman. Mini specialists like the Donnington winner, Endaf Owens, as well as Jonathan Lewis, Chris Middlehurst, Ian Curley, Jeff Smith, Elliot Stafford and Nick Paddy will take on internationally acclaimed competitors such as Darren Turner and Patrick Watts, Ellie Birchenhough and Tina Cooper.