THE recent heatwave that Europe has experienced, which has seen record temperatures in country after country, can only underline the general belief that we are undergoing a sea-change in the climate. It also reinforces the notion that this is a man-made phenomenon and that humankind has to react, and react fast.

As such, many countries are rushing through legislation that commits them to a zero-carbon future. Banning the future sales of petrol and diesel cars, while promoting electric cars, is very much part of a gameplan that could play out in just 10 years’ time.

According to MPs on the parliamentary Energy and Climate Change Committee, advancements in electric vehicles mean that the sale of petrol and diesel cars in the UK should be banned by 2030. This is the same timescale as Denmark, Israel and the Netherlands, while Norway has set 2025 as the year. In addition, the UK has become the first major economy in the world to pass laws to end its contribution to global warming by 2050. 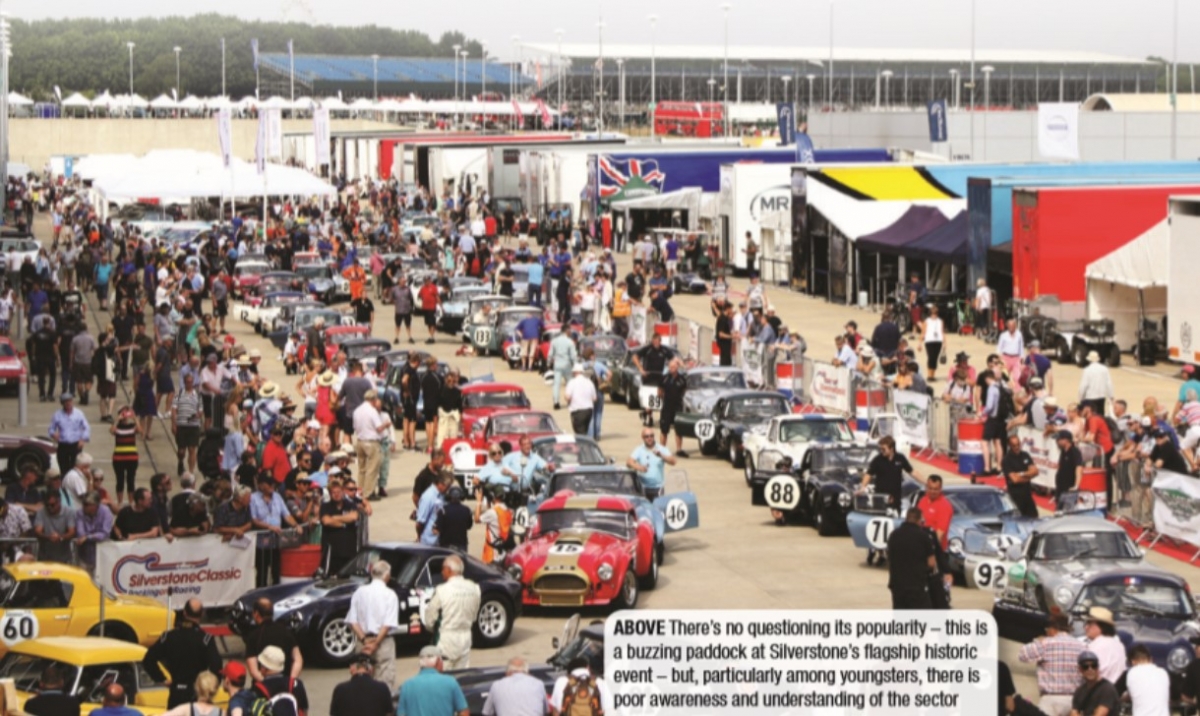 IN THE FIRING LINE

This is a backdrop to what is happening in the wider world and presents a clear and present danger to the future of motorsport as we know it. What could well find itself in the firing line first of all is historic motorsport, which might be perceived and presented by its opponents as rich people destroying the planet by racing their dirty gas-guzzling old cars.

Another huge threat to the classic car and historic racing world is the skills shortage. It has an ageing workforce and many young motorsport engineers see this side of the industry merely as a stepping stone to modern motor racing, with eyes only for Formula 1.

It is against this background that the Historic Racing Association (HRA) has been created as this side of the industry does not have an effective single voice that is clearly laser-focused on such issues.

Brian Sims is a name that will be familiar to some people, especially as he was the founder of the Motorsport Industry Association before handing over the reins to Chris Aylett 22 years ago. An active eminence grise behind the scenes in the motorsport industry, he has never lost touch with its needs and requirements.

In 2017, he was commissioned by a leading UK university to carry out a six-month feasibility study to ascertain the potential for setting up a motorsport engineering degree course at the university’s new Engineering and Digital Technology campus. However, it was his opinion that this sector, both at university and technical college levels, was overcrowded in the UK, with 17 universities offering degrees of various levels within that sphere. He then switched his focus to the historic motor racing sector and found a very different picture emerging.

Based on the feedback from companies and teams, it became apparent that while the overall popularity of the historic racing sector was extremely high, the sport had a major obstacle in the way of continued growth due to an ageing workforce and a lack of young people interested in technical careers within the sector. It represented a serious threat to the future of historic motorsport.

Through his involvement with three major British universities – one of which is recognised as being in the top three motorsport engineering faculties worldwide – it became apparent that one of the reasons for the lack of interest amongst young people in looking at careers within the historic sector of the sport was on a lack of awareness and full understanding of the sector. This was also true at school and college levels.

In line with his findings on the current state of historic racing, Sims gathered a small, but influential discussion group together at Bicester Heritage, comprising people from various sectors of historic motorsport, including Dan Geoghegan, Bicester Heritage CEO, and Professor Gareth Neighbour, former Head of the School of Engineering, Computing and Mathematical Science at Oxford Brookes University, to ascertain opinions as to the ways that the issues discovered might be remedied. There was no disagreement with his findings and a consensus that it was a matter of serious concern. 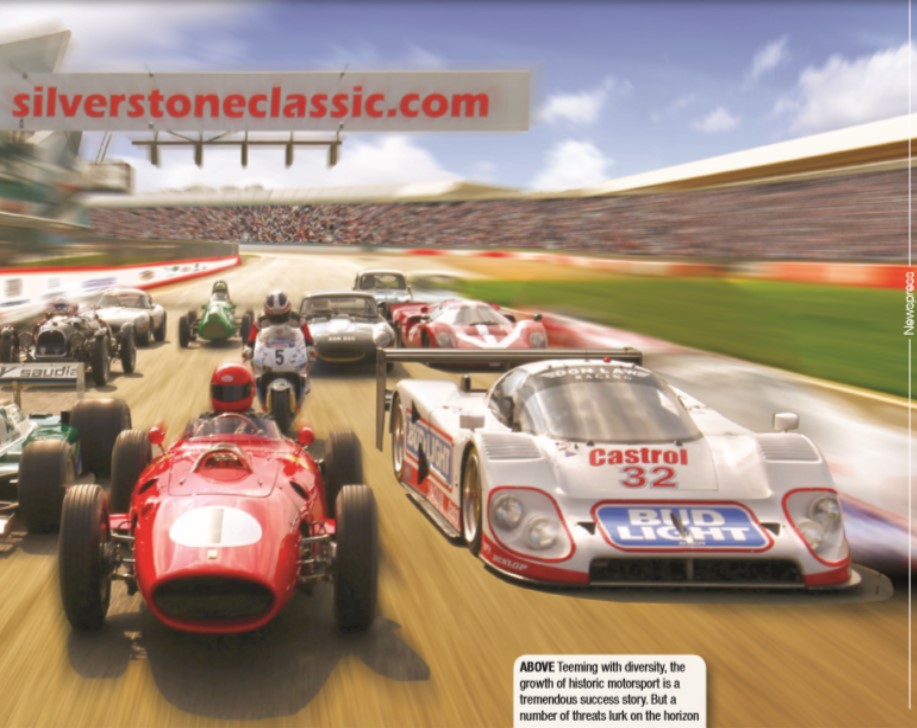 Based on the experience he gained in establishing the MIA, Sims proposed that before a solution to the skills shortage could be found, it was important to create an entity that would encompass and bring together all of the various sectors that comprise historic motorsport. His research at university and college levels had shown that there was a major lack of understanding of the structure of historic racing, which played a key role in the lack of interest in career potential. His view was that there was an urgent need to embark on a major awareness programme among school children at an early age, as well as their parents, and not to wait until they were at near school-leaving age. There needed to be a central point of information for anyone to find out what historic racing might offer.

He also proposed that a forum was needed that had the ability to look at the bigger picture and tackle not only this specific skills issue, but also any others that historic motorsport, as a whole, might face in the future. He stressed that it was important that there was no interference into the day-to-day activities of individual associations.

It was agreed by those present that it was essential that the historic motorsport sector maintained and increased awareness of its own identity, as opposed to being mixed into the needs of the motorsport industry in general. As an example, while the MIA itself represents the motorsport industry, by definition it is mainly concerned with new, advanced technologies. The future rather than the past. There was consensus that the historic sector needed to strengthen, not weaken its own identity.

With this in mind, he proposed that the Historic Racing Association be formed to provide representation for the entire historic motorsport sector. He further proposed that Kimberley Media Group, a company ideally positioned to provide the level of communication that would be needed to grow and promote the activities of the HRA, should be the catalyst for this initiative.

“One of the issues was how do we fund the Association and I came to the conclusion it should be through commercial sponsorship rather than high membership fees and pestering for more payments every time anything happens,” he says. “As such, I am already in touch with two very major brands about helping with an education programme and have found an amazing amount of interest in that particular need, especially relating to apprenticeships and programmes of a similar nature. 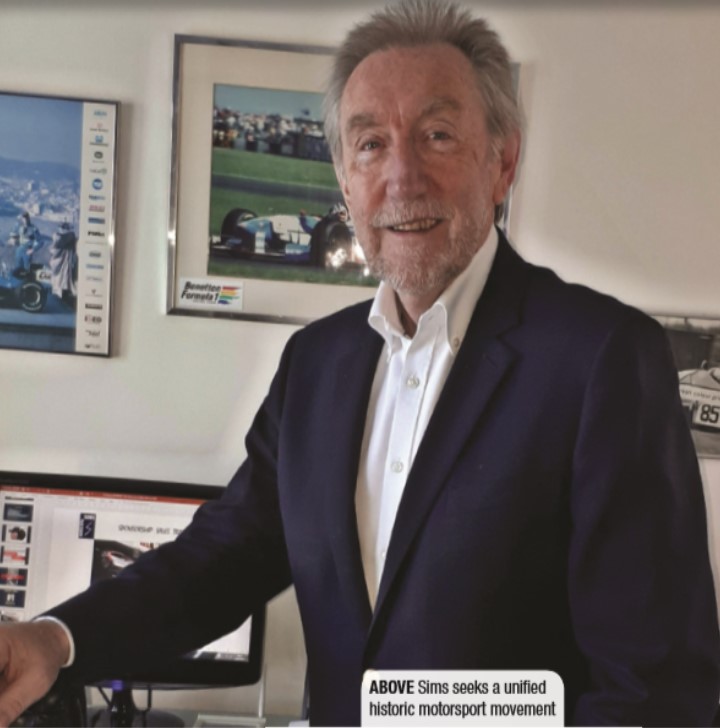 “We also aim to provide a forum for all businesses, teams, associations, clubs and event organisers within the historic motorsport sector. Its objective will be to provide an effective communication platform, when and where appropriate, for representing, or lobbying on behalf of historic motorsport in respect of future issues that may impact the sport, whether with the FIA, the government or even circuit owners.

“Another aim is to further increase awareness of historic motorsport at all levels of the sport with the aim of increasing spectator audiences and interest in the sector and as a potential career opportunity within schools, colleges and the academic sector. We therefore want to develop and create skills training pathways in association with major education establishments, particularly in respect of developing exciting and new dynamic apprenticeship programmes, aimed specifically at tackling the skills shortage amongst young people within the historic racing sector.”

Ever the innovative thinker, it was a discussion with Alain de Cadenet and Derek Bell at the Goodwood Revival in 2018 that led Sims to think of the skills shortage problem. “Alain said why not consider the armed forces guys leaving the service. They are very well trained, skilled and looking for a job.

“There is an organisation which is partly owned by the Ministry of Defence and a recruitment company that looks after such affairs, but they needed to engage with a representative organisation, which doubly reinforced the notion that an association like the HRA was needed.

“In summing up, our aim with the HRA is to provide a central point of information within the historic racing sector for career enquiries, media contact and the co-ordination of career development programmes.” 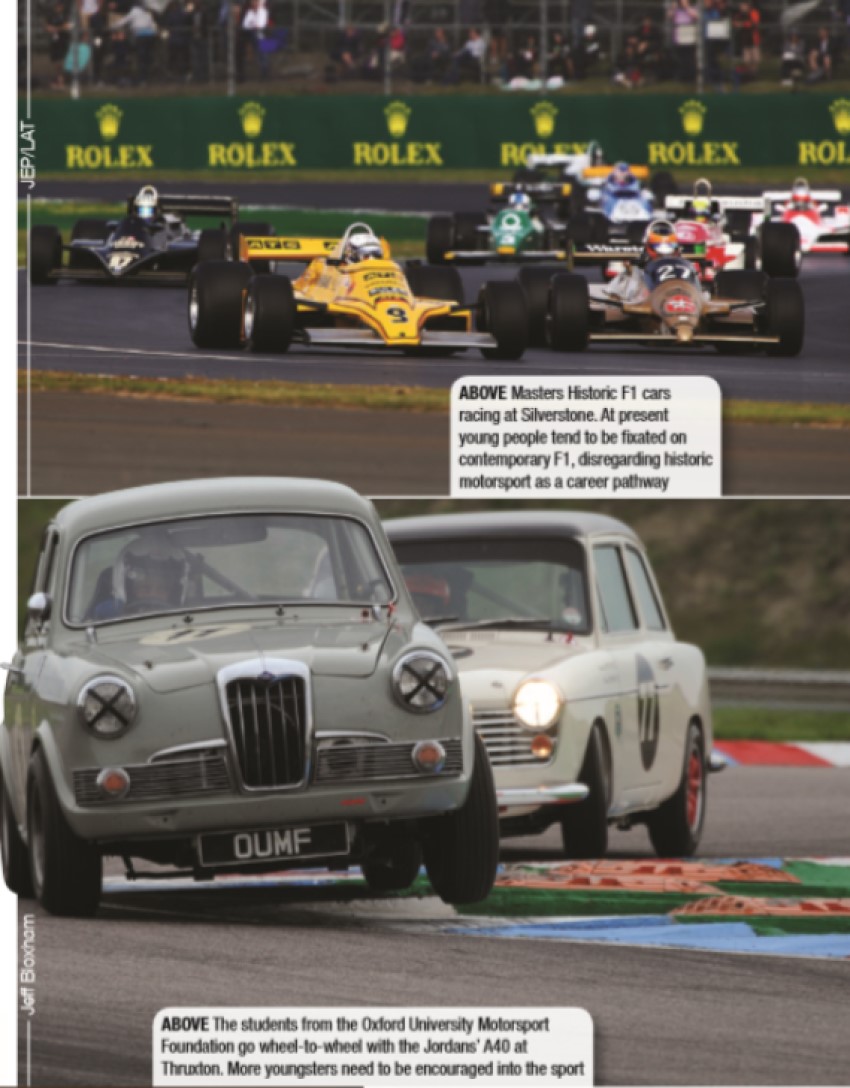