Bentley Motors has restored one of its first ever engines from 1923, to celebrate its centenary.

The apprentices at Bentley Motors headquarters in Crewe, UK, restored engine NO 212, which was originally build in 1923, just four years after founder W.O. Bentley created one of the most sought-after luxury car brands in the world.

Preparing the 3.0-litre, four-cylinder engine, which was completely stripped down to single components as part of the project took the team over 700 long hours. Once reassembled, the engine was presented on a purpose-built base for a centenary exhibition at its headquarters.

Amy Denton, an advanced paint apprentice at Bentley Motors, said: “Everybody involved in the restoration felt privileged to be presented with an opportunity to work with such an important piece of history. It allowed us to develop new skills and techniques which will help in our future careers.”

Engine No. 212 – Piecing The Story Together

Little is known about the early history of the 3.0-litre, four-cylinder engine No. 212. It was originally paired to chassis 209 and then passed on to an unknown coachbuilder who applied the bodywork. The car would have been driven during the late 1920s, when Bentley was enjoying huge racing success at Le Mans.

Eventually, the engine passed on to the Royal Artillery Corps School in Bovington, Dorset, where it was used from 1935 onwards as a training aid to teach students on the workings of the internal combustion engine. Historians at Bentley believe this suggests the owner of chassis 209 might have been a member of the armed forces. 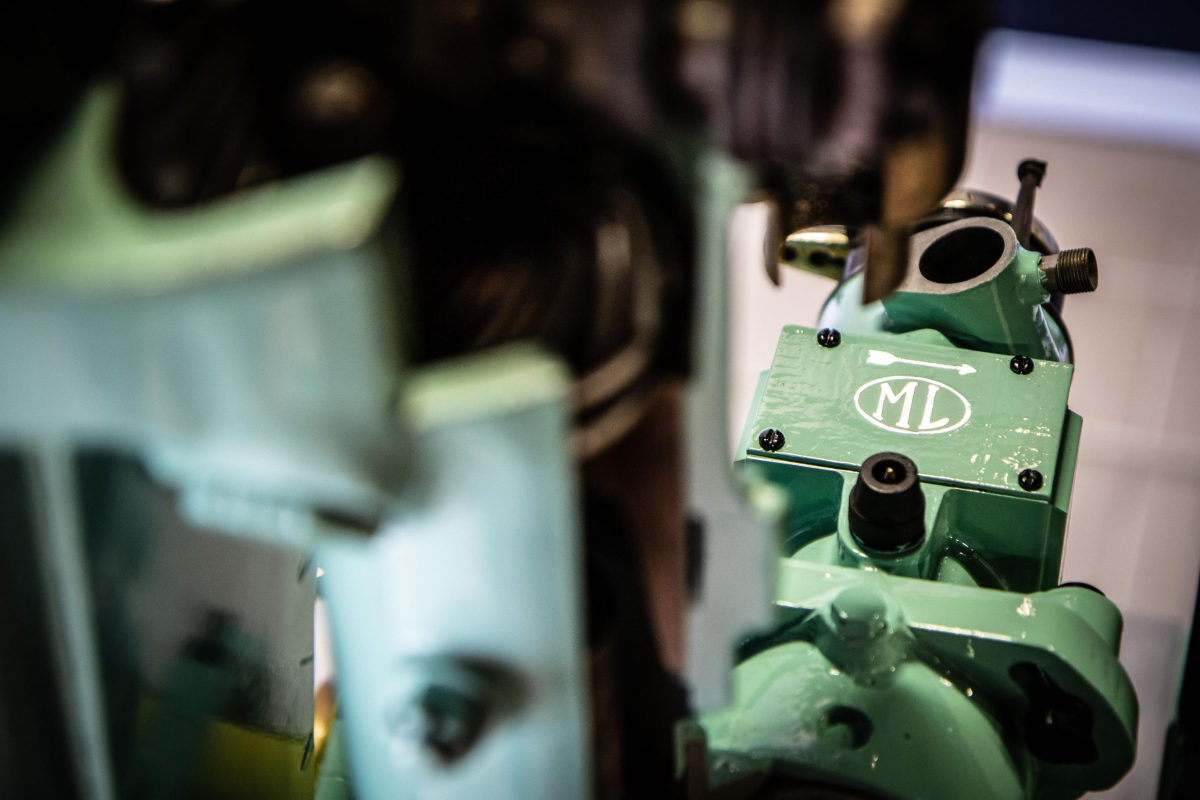 The engine remained in the possession of the Corps until 2011, when it was offered back to Bentley. The unit then sat in safe storage until last year when it was decided that No. 212 should enjoy a new lease of life, undergoing restoration for Bentley’s 2019 centenary celebrations.

The engine was stripped down to single components, which were individually photographed, bagged and then logged on a computer for easier reassembly. After the parts were washed and cleaned, blasting equipment was used to remove old paint. The engine was then restored to the colours used by the Royal Artillery Corps School in recognition of that part of the engine’s history.

At the same time, the apprentices designed and built a special plinth which would display the engine at its best. The apprentices obtained chassis diagrams from the original car to create a set of supporting legs that will carry engine No. 212 for years to come. The finishing touch was an information plaque explaining the history of the engine.

Denton added: “We completed the assembly on time and transported it to the centenary event in Crewe where it was displayed next to a current W12 engine, clearly showing how far Bentley’s superlative engines have advanced over the last 100 years.”

A year of Bentley centenary celebrations