After attending Uppingham School and completing military service as an officer in the Royal Air Force in radar fighter control, he gained a place at Christ’s College, Cambridge, to read Mechanical Sciences, from where he graduated with honours in 1958.

During this period, his interest in motorsport blossomed – often as a photographer – and in 1958 he was offered a graduate apprenticeship with Aston Martin Lagonda by managing director, John Wyer, starting a relationship of several decades with the legendary sportscar team owner that was to shape much of his working life.

Initially, Horsman worked at David Brown Industries, which made tractors and gearboxes for Aston Martin (Brown having bought the sportscar company in 1947) before proceeding to Aston Martin’s Design and Experimental Department, as a project engineer. In 1961 Horsman became assistant to John Wyer.

From 1963-1964, he expanded his skill set, studying Business Administration at the London School of Economics.

In 1964 he followed John Wyer to Ford Advanced Vehicles Ltd where he was responsible for the construction and preparation of the programme that produced Ford’s legendary GT40.

After two Le Mans wins in 1966 and 1967, the Ford factory GT40 race programme ended. However, it spawned JW Automotive Engineering and Horsman became executive director and chief engineer of the company, which then went on to win Le Mans in 1968 and 1969 with their Ford GT40s in the blue and orange colours of the Gulf Oil Company. 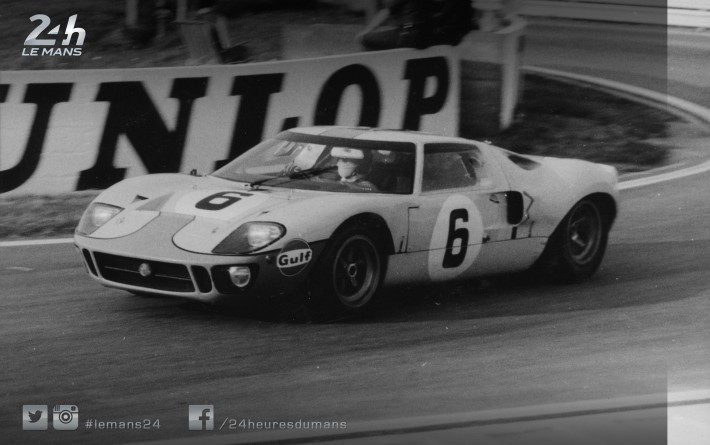 Horsman was responsible for the development, construction and race preparation of all of JWAE’s products: the Mirage M1, M2, M3, M6, the Ford GT40s and the Porsche 917s.

Through the combined efforts of, John Wyer, team manager David Yorke, and John Horsman, in addition to its back to back Le Mans 24 Hours victories, the team also won the coveted World Sports Car Championships in 1968, 1970 and 1971.

For 1970, JWAE was tasked with campaigning the works 917s for the Porsche factory. The original 917 was renowned for being incredibly fast but spectacularly ill-handling. Horsman’s proudest accomplishment was his solution to the Porsche 917’s handling issues, changing its bodywork and, most notably, shortening its tail (all of which is chronicled in in his 2006 book “Racing in the Rain”) As a result of the 917’s transformation, Porsche won the World Championship of Makes in both 1970 and 1971, and the 917 became one of the greatest sports racing cars of all time.

In 1972 Horsman became managing director of the Gulf Research Racing Company, an outgrowth of JWAE headquartered in Slough, just outside London. Here were built the Gulf Research series of cars – essentially developments of the Mirage. The GR7 emerged in 1974 and was followed by the GR8, which took 1st and 3rd place at Le Mans in 1975, both cars using F1 Ford Cosworth DFV engines that were detuned to meet the fuel efficiency regulations and which, remarkably, lasted the equivalent of more than a dozen Grands Prix in one run, on their way to victory.

After Gulf Research Racing closed its doors, Horsman moved to Scottsdale, Arizona in 1976, with his second wife, Janet, and her two daughters, Alison and Clare (they were later joined by John’s two daughters from his first marriage, Caroline and Samantha).

Horsman then joined the GTC company and its GR8 – now re-named Mirage – finished second at Le Mans in 1976 and again in 1977, the latter occasion with Renault power instead of the original Ford engines. The GTC Mirage programme continued for two more years and then John was reunited with his friend, Vern Schuppan, running the Australian racer’s McLaren IndyCar team to pick up a highly creditworthy third place at the 1981 Indianapolis 500. John also returned to Le Mans four more times as part of Vern Schuppan’s team.

In 1983, John and Janet moved to Tucson where John worked with Australian Bib Stillwell at Learjet and with Bib’s amateur racing team, in historic racing events. During his career and retirement, Horsman would write copious notes of his engineering and development accomplishments, which were the basis of his book, “Racing in the Rain, My Years with Brilliant Drivers, Legendary Sports Cars, and a Dedicated Team”. He was justifiably proud to have been a pivotal part of one of the most successful motorsport outfits of all time.

One of the qualities for which he was renowned was his passion for keeping immaculate records. Multiple Le Mans Winner Derek Bell, for whom he provided the car with which Bell took his first Le Mans victory, recalls, in the Foreword to John Horsman’s book, “John’s attention to detail – that carried him so well through his career – is something I have never forgotten and have used as comparison to every other team I subsequently drove with.”

Few can claim that their racing careers spanned the greatest decades in sports car competition – the 1960s and 1970s – and extended into the 1980s. Fewer still were consistently successful. Horsman was one of those fortunate few. The blue and orange Gulf-sponsored Ford GT40s, Porsche 917s and Mirages prepared by “The Horse” – as he was known around the workshop – and his team, are among the most famous race cars ever produced.

The all-star driver line-up that competed in his cars includes Jacky Ickx, Brian Redman, Pedro Rodriguez, Jo Siffert, Derek Bell, Jackie Oliver, Mike Hailwood, David Hobbs, Vern Schuppan, John Watson, James Hunt, and Richard Attwood. The team excelled everywhere, winning both Le Mans and the World Championship three times, and was particularly adept in wet-weather conditions, where competitors struggled to match their pace. Some records achieved by Horsman’s team still stand, more than 40 years later. John was also immensely proud of the fact that, in a period when sportscar racing was notoriously dangerous, no driver was ever lost in one of his cars.

Aside from his love of motorsport, John was an accomplished hiker, skier, and photographer; he and Jan enjoyed many trips back to England, hiking in his favourite areas – the Lake District, Lancashire Moors and the Brecon Beacons – with family and friends. Tucson, Arizona was most certainly home, though John never lost his English roots or accent. Father to four daughters, of whom John and his beloved wife Janet were immensely proud, and were, likewise, of their sons-in-law, and their seven grandchildren.

In recent years he was often invited to events celebrating the anniversaries of one or other of the victories his teams had achieved (the last, in 2018, being Gulf Oil’s 50th anniversary celebration of its first victory at Le Mans) and he relished meeting old colleagues, whether drivers or team engineers. John was very specific about his role in motorsport. He didn’t design, he developed: “Designers designed the cars, I made them better,” he says. He remained modest about his role and his achievements – even though to many in motorsport he himself had acquired near legendary status. 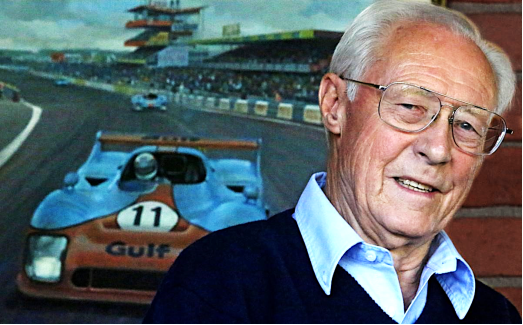