Many of the 10,000+ motoring icons on show will be celebrating major marque and model milestones with special showcases and track parades. Notable highlights include 50 years of the incredible Lamborghini Countach and 40 years of the time-travelling DeLorean DMC-12.

Adding further to the celebrations will be two of the world’s most feted E-types will also be on public display: the original gun metal Geneva Show Car and ECD 400.

The former is the very debutant unveiled at Jaguar’s jaw-dropping public launch in 1961 – the show-stopper that Enzo Ferrari hailed as the ‘most beautiful car ever made’. Then, just a few weeks later, the latter famously gave the E-type a winning race debut with the future double world champion Graham Hill at the helm.

Jaguar E-types, too, will be prominent on and off track. As well as having their own exclusive 60th anniversary race, a carefully curated infield ‘Cat Walk’ will provide a complete timeline of all the 13 different E-type models ever produced including FHCs, roadsters and V12s.

Another notable chapter in Jaguar’s rich racing history will also be recalled when a number of the stunning XJR-15s that raced in the unforgettable Jaguar Intercontinental Challenge round alongside the British Grand Prix at Silverstone back in 1991 will once again be taking to the track.

Scroll the Gallery below 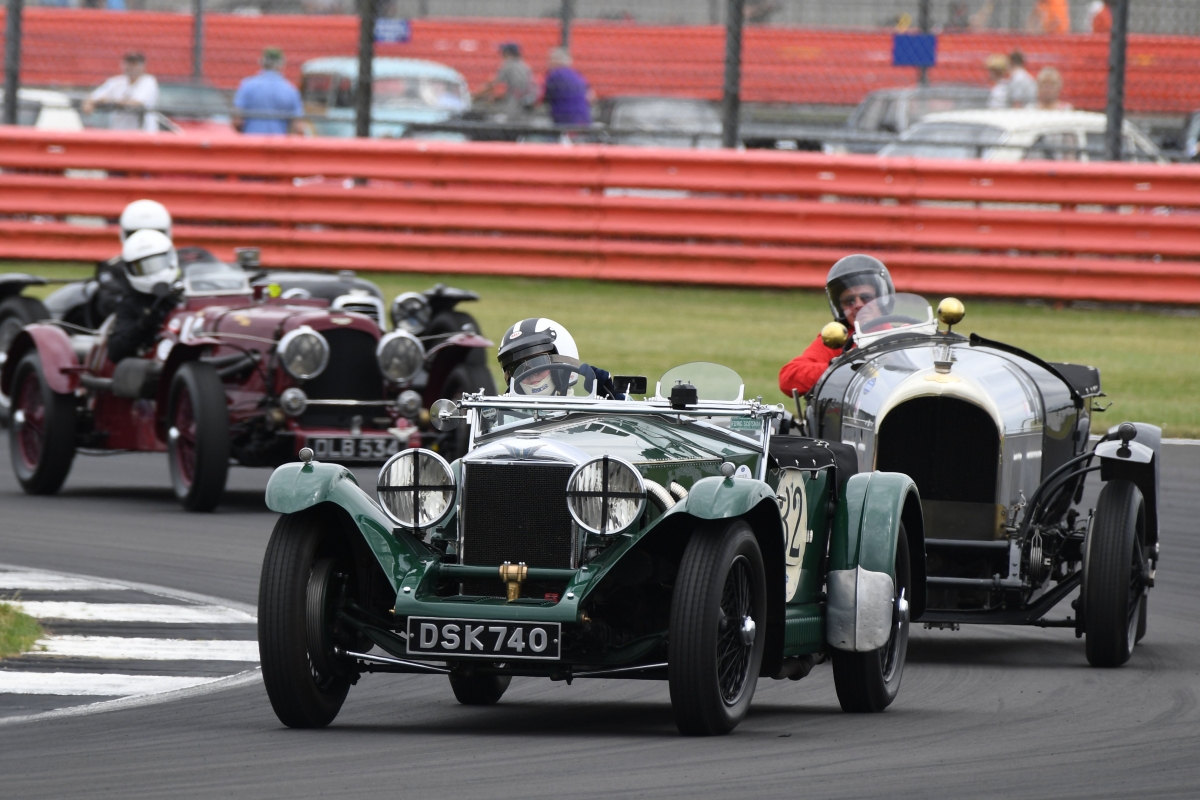 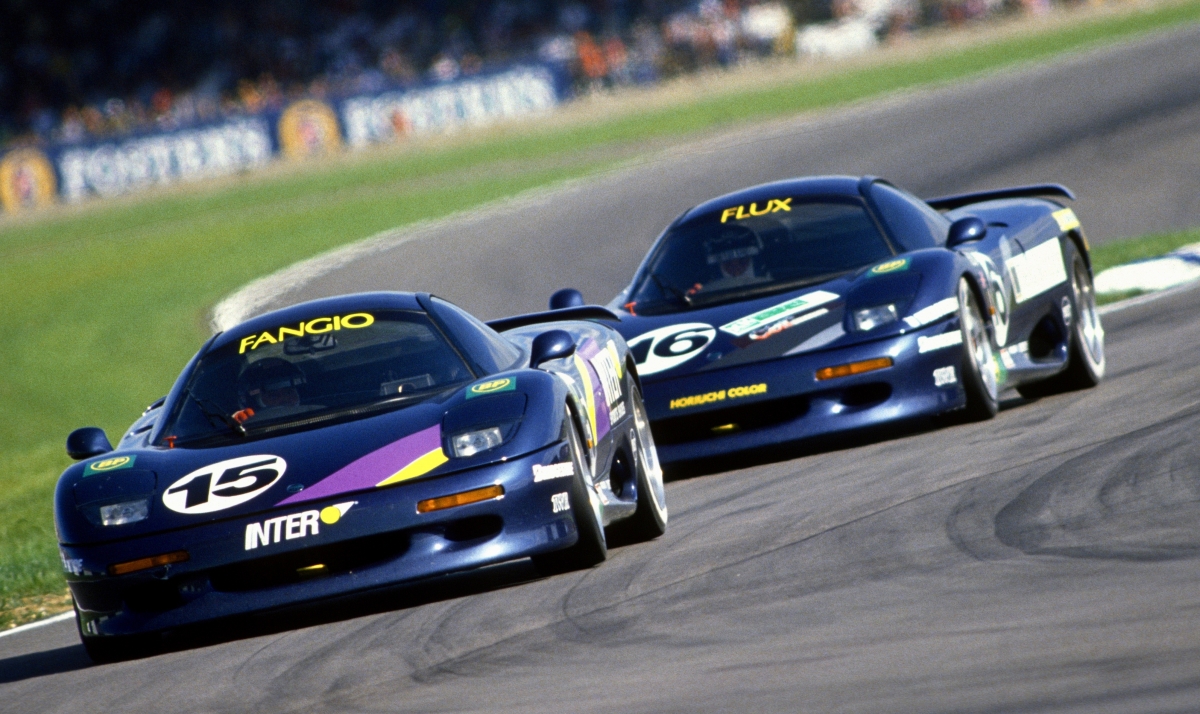 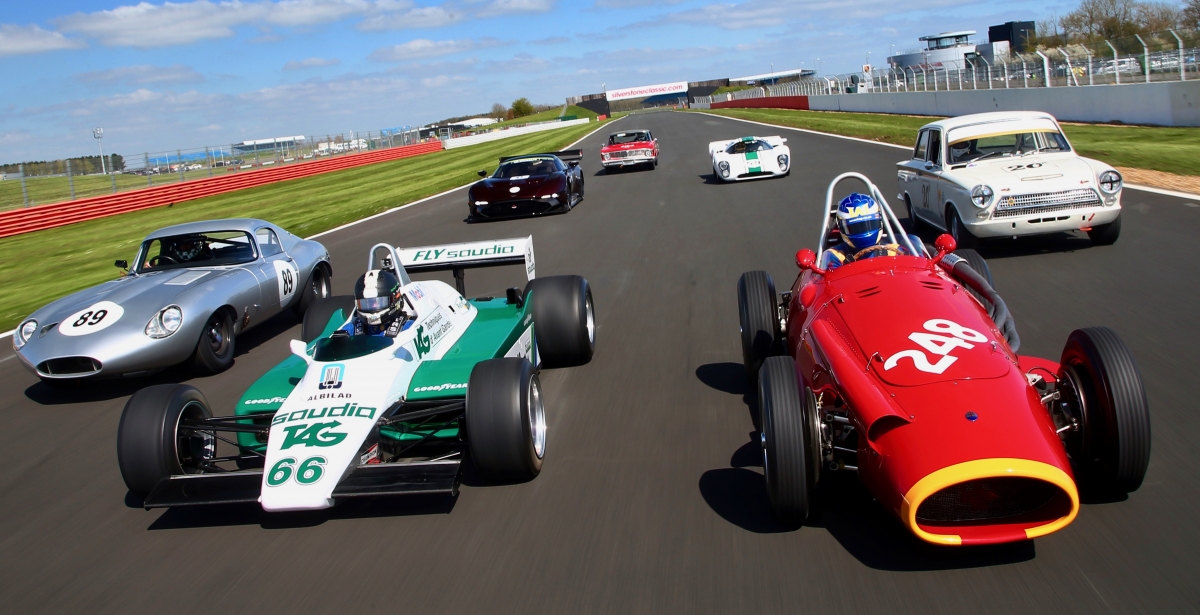 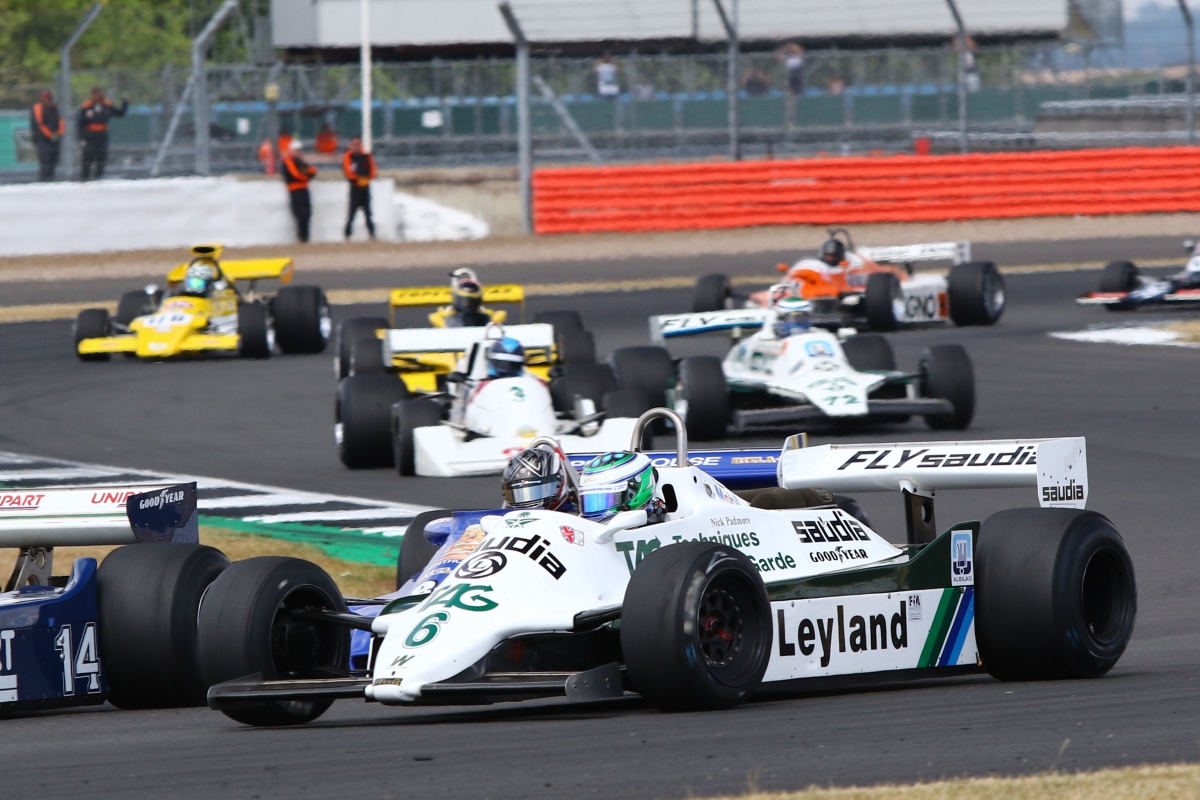 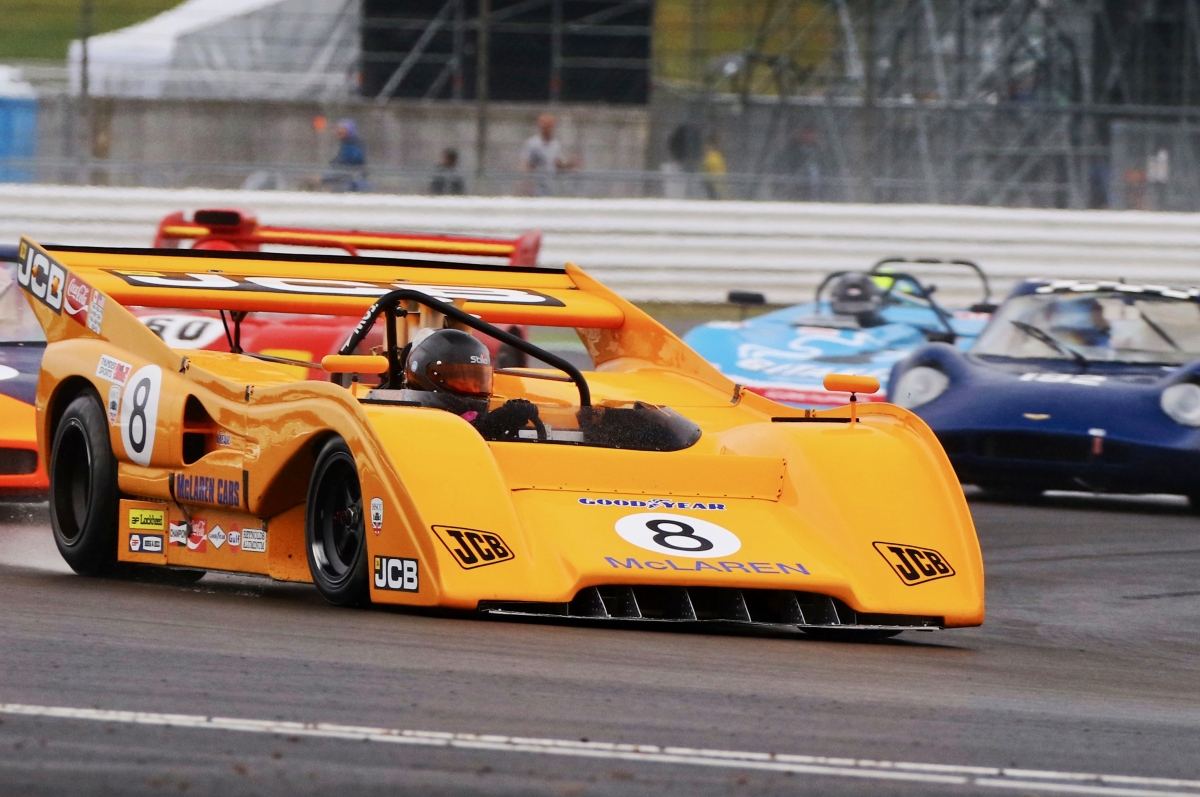 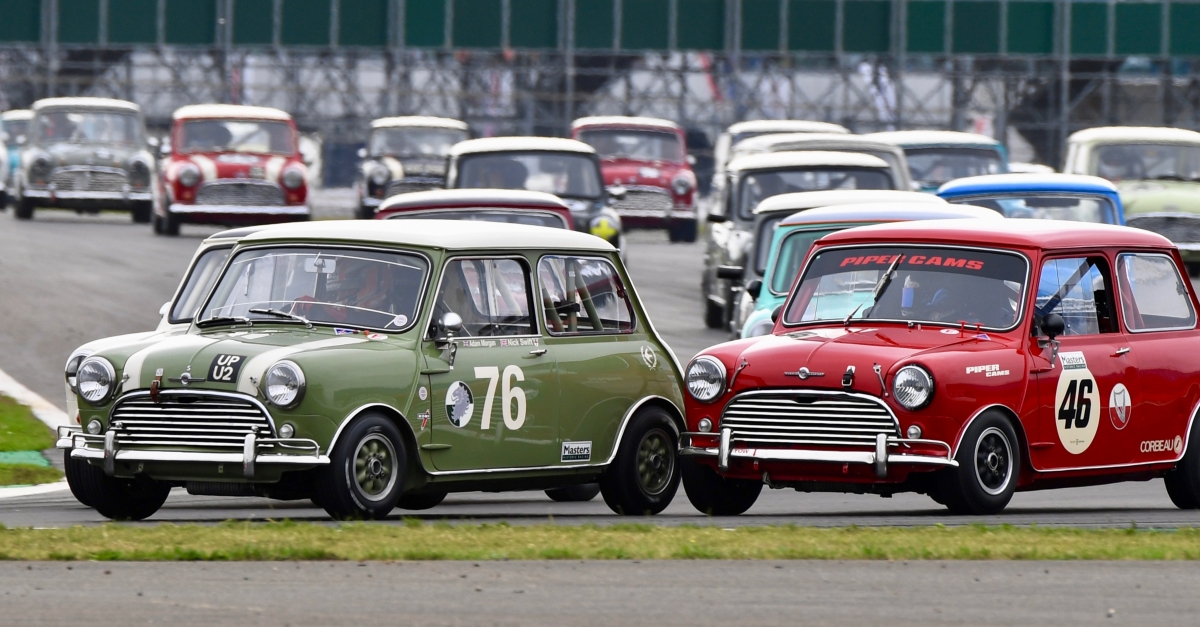 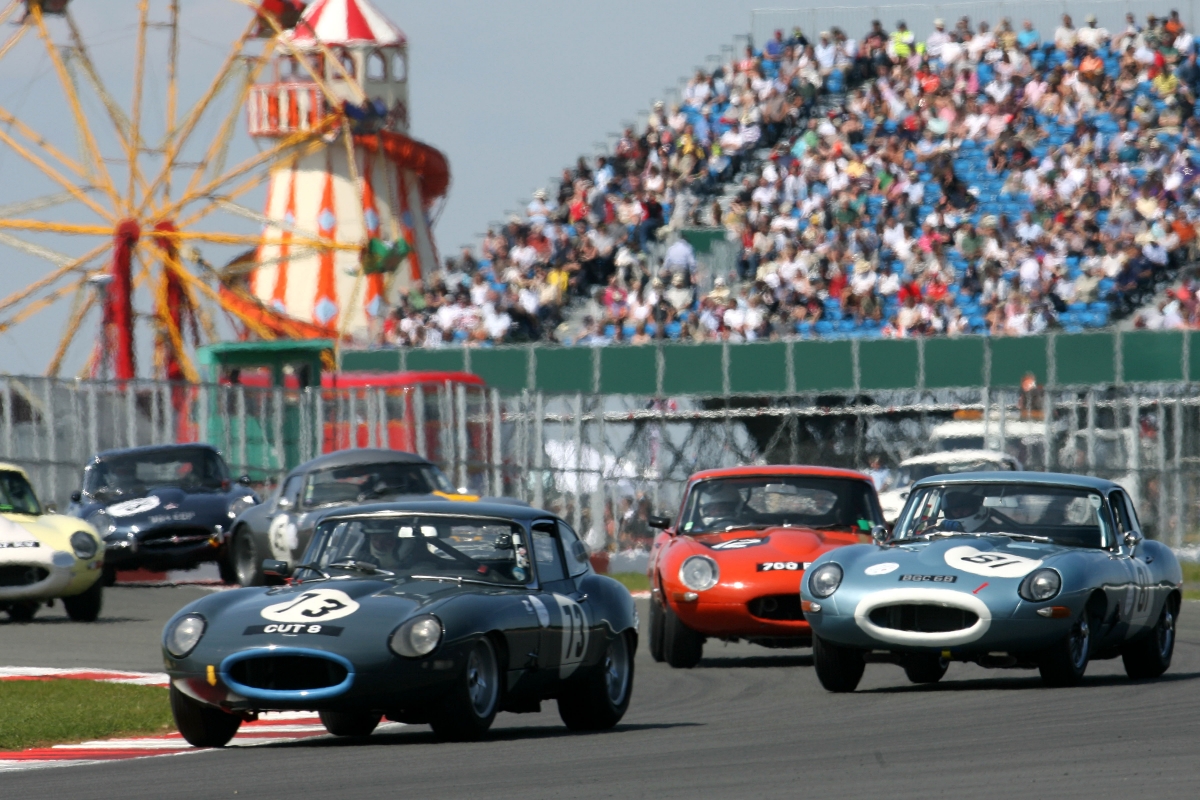 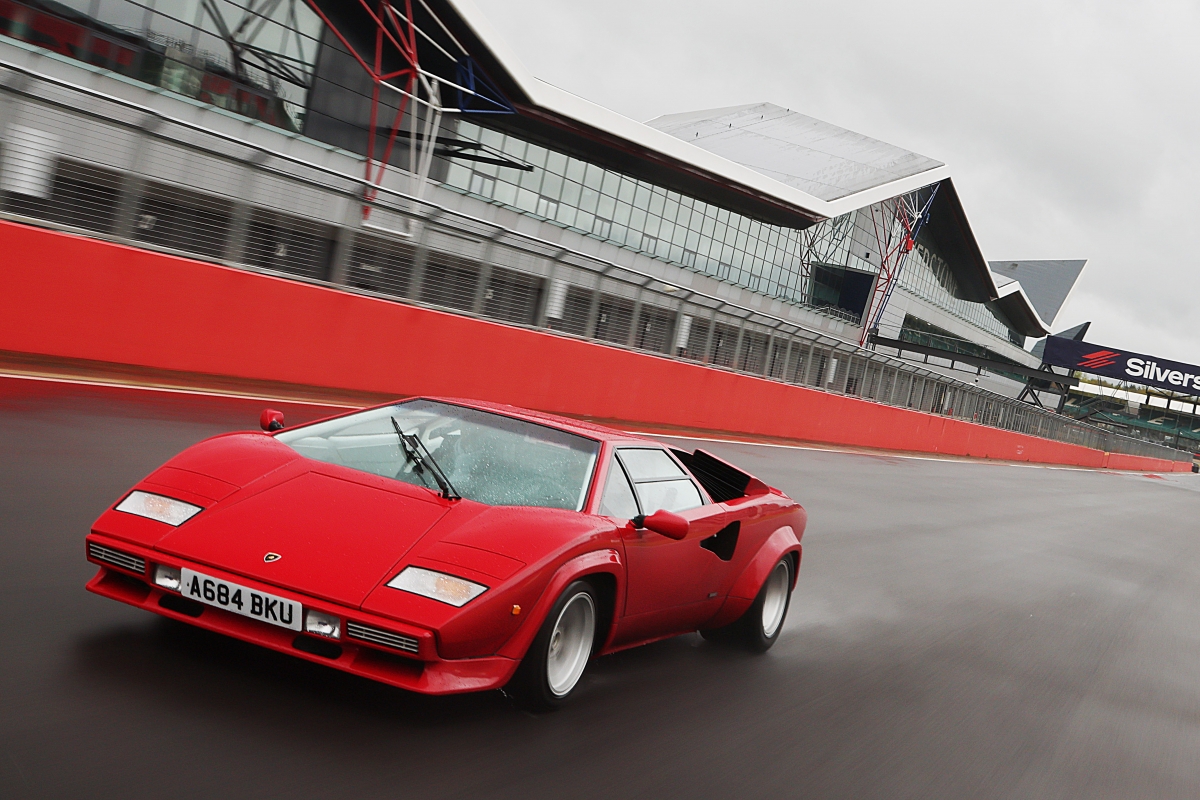 As ever, The Classic’s status as the world’s biggest historic motor racing festival has attracted more than its fair share of famous drivers, too. Damon Hill will be reunited with his 1996 World Championship winning Williams FW18 for some highly evocative laps of Silverstone.

Former Top Gear presenter will also be at the Classic to raise funds for his new The Smallest Cog classic car restoration business with several of his cars coming under the hammer at the three-day Silverstone Auctions on site sale staged in the Silverstone Wing. Hammond will be busy filming his exploits for a new show later this year on the discovery+ UK channel.

This summer also sees father and son Martin and Alex Brundle teaming up to contest the 60th Anniversary E-Type Challenge and they are joined on the racecard by a host of other renowned racers including 24 Hours of Le Mans winners Guy Smith, Andre Lotterer and Emmanuel Collard. Tiff Needell will also be very much in evidence both racing on track and in front of the cameras co-presenting ITV4’s coverage with Nicki Shields.

“It’s the high-octane, fun-fuelled event that we’ve all been waiting so long for,” confirmed Nick Wigley, CEO of The Classic promoter Goose Live Events. “We promised to celebrate our special 30th birthday in style and that’s exactly what we are doing.”

Silverstone Classic to celebrate 30 years of the Ford Sierra RS500